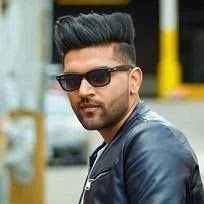 I think he is currently the king of catchy songs in India.

His song High Rated Gabru is the most viewed Indian Non-film song on YouTube.

He is a self-made man hailing from a small village in Punjab. In one of his interviews he told that the first time he came to Delhi, he couldn’t identify a Mercedes car.

Moreover his song Lahore made it to the Billboards which was the only Indian song on the list.

He is giving hits after hits and the High Rated Gabru has already made it to Bollywood. His career has just begun and his popularity is huge. He is doing hit concerts all over India.

He needs to work on his lyrics otherwise he is probably the best in his genre.

Belongs to a small village in Punjab. The man has now approximately more than 5 billion views on Youtube which is what I think the most for a singer in India.

He is unique.
As once I went to a concert of him in Kanpur. Besides singing, he said to the audience that focuses on yourself, make our parents proud of you. However, these words are not a big inspiration but still when a singer said these types of things. It makes him an extra likely.

Another good thing about the man is

He usually adds a city name or college’s name where ever he did/does his concerts like “ He adds a city name in Lahore songs” (“Menu Kanpur di Lagi aa” ) which too is a very positive remark.

I usually followed him a lot.
In one of his interview on the radio station,

He told about his starting journey as a singer. The RJ ask him about the support from his family n he answered that there is a person in my relatives who at the start said to me that “Guru,kis Kam me pd gya hai yr” n pointing towards third person that same person said “Use dekh unka beta 15,000 km ra hai mahine ka” but the guru doesn’t focus on the man’s saying n said, “aap muje kyu compare krre ho usse ka apna field hai”.

Then the first song of guru released n that relative said
Guru Randhawa has left his impression of singing not only in India but also worldwide within a span of 5 years. He has millions of fans today, but do you know the real name is Gursharanjot Singh Randhawa. Guru Randhawa is one of the most popular singers in India today. He is so famous that all the songs, he has sung so far have been very liked by the people and all the songs are hit and got millions of views on YouTube. read more interesting like his girlfriend.
“Gaana acha hai lekin diljit ka gana zyada acha hota h views b jyada aate hai” n after this the randhawa’s first superhit song released “PATOLA” and the song went viral within days.

He said “ When I went to my village after the release of patola, that same person called men to invite him to come to his home. He said something like this in Punjabi
“Guru Hmare pados wale ykeen ni maan rhe ki tu hmara hi ldka hai”

After being forced by his aunt the guru went to the home of that relative n there when he forwarded his hand for a handshake. The guru said that the other person’s hand is shivering, After watching this her aunt asked,” Why his hands are shivering”.Guru said “pucho inhe,then that another person said, “ ki hme ykeen ni ho ra ki tu kya se kya bn gya hai”.

The lesson I learned from that interview of him is:
“Don’t try to kill someone’s ambition“

Be focused n remain dedicated to your goal

Your day will surely come one day 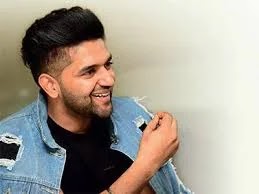 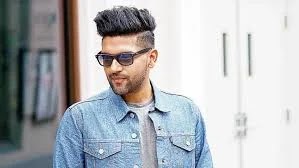 Guru Randhawa with an award 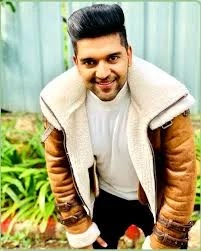 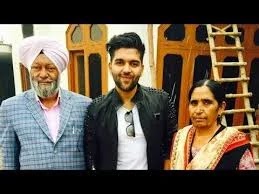 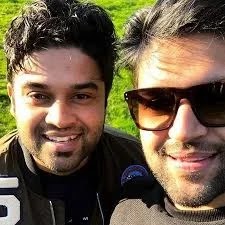 His family has its roots in Rurka Kalan, Punjab, India.

He was inclined towards music from a very young age and often participated in singing competitions in his school days.

He learned music by listening to famous singers on the television.

In 2013, he launched his first music album titled “Page One.”

Guru came into the spotlight after releasing his single track ‘Patola’ in 2015 which also featured Bohemia.

He has given many stage performances in India and abroad.

Randhawa mentioned in an interview that he owes his success to his elder brother, Ramneek Randhawa.

Guru has to his credit many Punjabi hit songs including “Patola,” “Fashion,” “High Rated Gabru,” “Yaar Mod Do,” and “Suit.”

In 2017, an improvised version of his Punjabi song “Suit” was included in the Bollywood film “Hindi Medium.”

Randhawa was a part of the charity match which was played by many celebrities in the INK Cricket Blast 2017 to provide aid to the cancer patients.

Guru has recorded the mashup of songs ‘Ambarsariya’ and ‘Suit’ in the ‘T-Series Mix Tape’ along with the singer, Kanika Kapoor.